skip to main | skip to sidebar

New Zealand is a very young country in terms of European discovery and  migration. Our oldest building is reportedly Kemp House built in 1821. In Auckland we have some fine examples of early architecture. Auckland was first settled by the indigenous Maori circa 1350. It became New Zealand's capital in 1841 (the title of capital was moved to Wellington in 1865).
Today's photo of the day is of Custom House in Auckland City. It was built in 1889 as a Public Building. 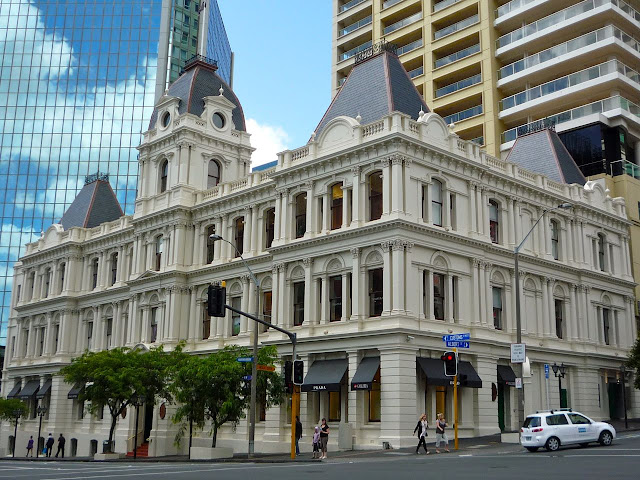 Email ThisBlogThis!Share to TwitterShare to FacebookShare to Pinterest
Labels: Auckland

Well I managed to take a photo everyday for 365 days in 2010 and I tried to do the same for 2011, but it didn't quite work out as planned. I promised to do a photo a day for 2012 but influenza beat me around day 197. 2013 I did 96 posts. 2014 was not very good with only 4 posts. So 2015 was 66 posts. 2016 was not a great year all round, so let's just bypass that one. So here we go 2017, let's give it a good nudge! I did it! 365 photos for 2017! I had a rest in 2018 but I am going to try again in 2019 as I am going to be visiting a lot of interesting places in New Zealand...so here goes!
I have no particular theme in mind, I am just going to take photos of what I see during a day, pick the best one and post to Twitter, this blog and to Flickr
I will experiment with online photoediting tools and I if I have a series of photos that are just too good not to use I will experiment with online slideshows and Photo generators as well.

Jacqui Sharp
I am a teacher who has taught in many schools in Auckland. For the last few years I have been an e-Learning consultant. I work alongside teachers and students looking for that e-Learning opportunity.

My other Blogs and Wikis